From VBA to Google Apps Script 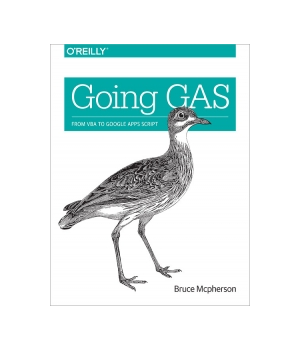 Whether you're moving from Microsoft Office to Google Docs or simply want to learn how to automate Docs with Google Apps Script, this practical guide shows you by example how to work with each of the major Apps Script services.

Office still supports VBA, but it's not likely to do so for much longer. If you're a VBA or .NET developer, you'll learn how to port existing VBA code and structure to their JavaScript-based Apps Script equivalents with minimal effort. Author Bruce Mcpherson introduces JavaScript basics for experienced developers unfamiliar with the language, and demonstrates ways to build real-world apps using all of the Apps Script services previously covered.

This book outlines everything people need to make the move from a dial-up connection to an always-on DSL or cable Internet connection that is up to forty times faster than a standard modem connection. Nielsen estimated there were thirty-nine million U.S. homes with broadband access in April 2003. Gaskin explains available broadband option...

The next frontier for wireless LANs is 802.11ac, a standard that increases throughput beyond one gigabit per second. This concise guide provides in-depth information to help you plan for 802.11ac, with technical details on design, network operations, deployment, and monitoring.Author Matthew Gast-an industry expert who led the development...

Machine Learning in the Oil and Gas Industry

Apply machine and deep learning to solve some of the challenges in the oil and gas industry. The book begins with a brief discussion of the oil and gas exploration and production life cycle in the context of data flow through the different stages of industry operations. This leads to a survey of some interesting problems, which are good c...

It's easy to learn parts of JavaScript, but much harder to learn it completely - or even sufficiently - whether you're new to the language or have used it for years. With the &quot;You Don't Know JS&quot; book series, you'll get a more complete understanding of JavaScript, including trickier parts of the language that many experie...

Today's web technologies are evolving at near-light speed, bringing the promise of a seamless Internet ever closer to reality. When users can browse the Web on a three-inch phone screen as easily as on a fifty-inch HDTV, what's a developer to do?Peter Gasston's The Modern Web will guide you through the latest and most important tools of d...

by Gaspare A. Silvestri

Citrix is an established name in today's Bring Your Own Device (BYOD) era by virtue of their desktop and application virtualization platforms, with the capability to assign applications and contents in a secure manner. XenDesktop 7 is the union of the two historical products developed by Citrix - XenDesktop and XenApp. As usual, this is o...

In Effective Cybersecurity, William Stallings introduces the technology, operational procedures, and management practices needed for successful cybersecurity. Stallings makes extensive use of standards and best practices documents that are often used to guide or mandate cybersecurity implementation. Going beyond these, he offers in-depth ...