Bitcoin for the Befuddled

Bookstore > Books > Bitcoin for the Befuddled 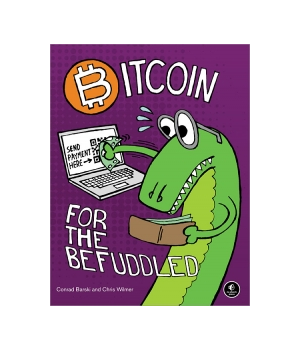 Unless you've been living under a rock for the last couple of years, you've probably heard of Bitcoin - the game-changing digital currency used by millions worldwide.

But Bitcoin isn't just another way to buy stuff. It's an anonymous, revolutionary, cryptographically secure currency that functions without the oversight of a central authority or government. If you want to get into the Bitcoin game but find yourself a little confused, Bitcoin for the Befuddled may be just what you're looking for. Learn what Bitcoin is; how it works; and how to acquire, store, and spend bitcoins safely and securely.

With its non-technical language and patient, step-by-step approach to this fascinating currency, Bitcoin for the Befuddled is your ticket to getting started with Bitcoin. Get out from under the rock and get in the Bitcoin game. Just make sure not to lose your shirt.

Beginning Xamarin Development for the Mac

Develop apps for the iPhone, iPad, and Apple wearables using Visual Studio for the Mac. Learn how to set up your development environment and emulators, and how to create adaptive user interfaces for various platforms. Expert Dawid Borycki guides you through the fundamentals of programming for Apple platforms (Model View Controller, Test D...

Graphics and Multimedia for the Web with Adobe Creative Cloud

Upgrade your skills in Adobe Creative Cloud and enhance your corporate or personal website with multimedia and graphics. In this book you'll look at the latest versions of five core Adobe programs: Photoshop, Illustrator, Animate (formerly Flash), Media Encoder and Dreamweaver. As you work with each of these programs to create images, ani...

Today, cybersecurity and networking professionals know they can't possibly prevent every breach, but they can substantially reduce risk by quickly identifying and blocking breaches as they occur. Investigating the Cyber Breach: The Digital Forensics Guide for the Network Engineer is the first comprehensive guide to doing just that.Writing...

Cisco routers and switches are the cornerstones of many networks. But when things break, repairs can intimidate even the most competent administrator. Luckily, just knowing the &quot;in case of emergency&quot; basics will take you far.Just like the original, this second edition of the highly acclaimed Cisco Routers for the Despera...

Modern Java introduces major enhancements that impact the core Java technologies and APIs at the heart of the Java platform. Many old Java idioms are no longer needed and new features such as modularization make you far more effective. However, navigating these changes can be challenging.Core Java SE 9 for the Impatient, Second Edition, i...