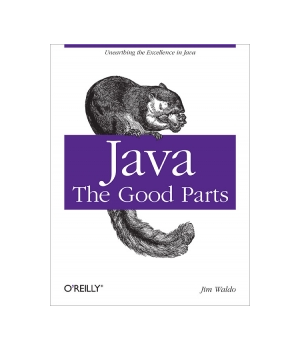 What if you could condense Java down to its very best features and build better applications with that simpler version? In this book, veteran Sun Labs engineer Jim Waldo reveals which parts of Java are most useful, and why those features make Java among the best programming languages available.

Every language eventually builds up crud, Java included. The core language has become increasingly large and complex, and the libraries associated with it have grown even more. Learn how to take advantage of Java's best features by working with an example application throughout the book. You may not like some of the features Jim Waldo considers good, but they'll actually help you write better code.

Get past all the hype about PHP and dig into the real power of this language. This book explores the most useful features of PHP and how they can speed up the web development process, and explains why the most commonly used PHP elements are often misused or misapplied. You'll learn which parts add strength to object-oriented programming, ...

Most programming languages contain good and bad parts, but JavaScript has more than its share of the bad, having been developed and released in a hurry before it could be refined. This authoritative book scrapes away these bad features to reveal a subset of JavaScript that's more reliable, readable, and maintainable than the language as a...

HTML and CSS are the workhorses of web design, and using them together to build consistent, reliable web pages requires both skill and knowledge. The task is more difficult if you're relying on outdated, confusing, and unnecessary HTML hacks and workarounds. Author Ben Henick shows you how to avoid those traps by going beyond the standard...

JavaScript: The Definitive Guide has been the bible for JavaScript programmers-a programmer's guide and comprehensive reference to the core language and to the client-side JavaScript APIs defined by web browsers.The 6th edition covers HTML5 and ECMAScript 5. Many chapters have been completely rewritten to bring them in line with today's b...

Learn to create seamless designs backed by a responsible understanding of the human mind. This book examines how human behavior can be used to integrate your product design into lifestyle, rather than interrupt it, and make decisions for the good of those that are using your product. Mindful Design introduces the areas of brain science th...

Java is the world's most popular programming language, but it's known for having a steep learning curve. Learn Java the Easy Way takes the chore out of learning Java with hands-on projects that will get you building real, functioning apps right away.You'll start by familiarizing yourself with JShell, Java's interactive command line shell ...

Subversion is the most popular open-source version control system on the planet. Development teams-big and small, enterprise and open source-use this fast, feature-rich tool daily. Pragmatic Guide to Subversion presents the 48 essential tasks you need to know. It's your shortcut to the Subversion master's recommended set of best practices...