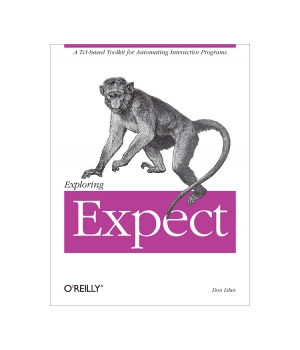 Expect is quickly becoming a part of every UNIX user's toolbox. It allows you to automate Telnet, FTP, passwd, rlogin, and hundreds of other applications that normally require human interaction. Using Expect to automate these applications will allow you to speed up tasks and, in many cases, solve new problems that you never would have even considered before.

Exploring BeagleBone is a hands-on guide to bringing gadgets, gizmos, and robots to life using the popular BeagleBone embedded Linux platform. Comprehensive content and deep detail provide more than just a BeagleBone instruction manual-you'll also learn the underlying engineering techniques that will allow you to create your own proj...

Gain all of the techniques, teachings, tools, and methodologies required to be an effective first-time product manager. The overarching goal of this book is to help you understand the product manager role, give you concrete examples of what a product manager does, and build the foundational skill-set that will gear you towards a career in...

Discover solutions to common obstacles faced by project managers. Written as a business novel, the book is highly interactive, allowing readers to participate and consider options at each stage of a project. The book is based on years of experience, both through the author's research projects as well as his teaching lectures at busin...

Explore advanced .NET APIs and create a basic .NET core library with dynamic code generation and metadata inspection to be used by other libraries or client applications. This book starts with the benefits of .NET including its fundamental tasks and tools where you will learn .NET SDK tools and the ILDasm tool. This is followed by a detai...

Managing people is difficult wherever you work. But in the tech industry, where management is also a technical discipline, the learning curve can be brutal - especially when there are few tools, texts, and frameworks to help you. In this practical guide, author Camille Fournier (tech lead turned CTO) takes you through each stage in the jo...

Python for Everybody is designed to introduce students to programming and software development through the lens of exploring data. You can think of the Python programming language as your tool to solve data problems that are beyond the capability of a spreadsheet. Python is an easy to use and easy to learn programming language that is fre...