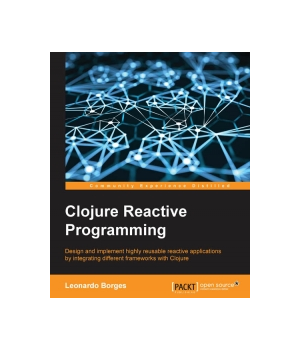 Reactive Programming (RP) is central to many concurrent systems. It endeavors to make the process of developing highly-concurrent, event-driven, and asynchronous applications simpler and less error-prone. RP comes in many flavors and we will look at some of them in this book.

It also presents several examples of Reactive applications implemented in different frameworks, allowing you to develop an understanding of the subject as well as learn how to develop your ability to work with time-varying values.

By the end of the book, you will be equipped to solve real-world problems as well as understand the trade-offs between the approaches shown in the book.

The second version of Scala has undergone multiple changes to support features and library implementations. Scala 2.13, with its main focus on modularizing the standard library and simplifying collections, brings with it a host of updates.Learn Scala Programming addresses both technical and architectural changes to the redesigned standard...

Reactor is an implementation of the Java 9 Reactive Streams specification, an API for asynchronous data processing. This specification is based on a reactive programming paradigm, enabling developers to build enterprise-grade, robust applications with reduced complexity and in less time. Hands-On Reactive Programming with Reactor shows yo...

Reactive programming is revolutionary. It makes asynchronous programming clean, intuitive, and robust. Use the RxJS library to write complex programs in a simple way, unifying asynchronous mechanisms such as callbacks and promises into a powerful data type: the Observable. Learn to think about your programs as streams of data that you can...

Reactive programming is an effective way to build highly responsive applications with an easy-to-maintain code base. This book covers the essential functional reactive concepts that will help you build highly concurrent, event-driven, and asynchronous applications in a simpler and less error-prone way.C++ Reactive Programming begins with ...

Reactive programming is central to many concurrent systems, but it's famous for its steep learning curve, which makes most developers feel like they're hitting a wall. With this book, you will get to grips with reactive programming by steadily exploring various conceptsThis hands-on guide gets you started with Reactive Programming (RP) in...

Learn how to use reactive architectures on the front-end. There are many technologies using a reactive approach on the back end, but this book teaches you how the reactive manifesto can be used to benefit your front-end programming as well.You will discover what reactive programming is, what the current front-end ecosystem looks like, and...

Manning's bestselling Java 8 book has been revised for Java 9 and 10! In Modern Java in Action, you'll build on your existing Java language skills with the newest features and techniques.Modern applications take advantage of innovative designs, including microservices, reactive architectures, and streaming data. Modern Java features like ...