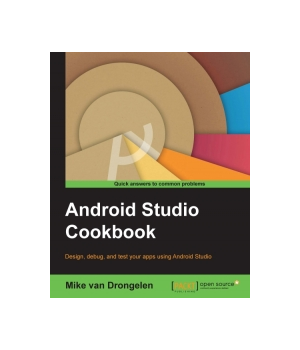 This book starts with an introduction of Android Studio and why you should use this IDE rather than Eclipse. Moving ahead, it teaches you to build a simple app that requires no backend setup but uses Google Cloud or Parse instead. After that, you will learn how to create an Android app that can send and receive text and images using Google Cloud or Parse as a backend. It explains the concepts of Material design and how to apply them to an Android app. Also, it shows you how to build an app that runs on an Android wear device.

Later, it explains how to build an app that takes advantage of the latest Android SDK while still supporting older Android versions. It also demonstrates how the performance of an app can be improved and how memory management tools that come with the Android Studio IDE can help you achieve this.

By the end of the book, you will be able to develop high quality apps with a minimum amount of effort using the Android Studio IDE.

Mobile apps have become extremely popular over the last few years and offer a great opportunity for developers. Android is now one of the most popular mobile systems in the world. The new Android Studio IDE has introduced a specialized development environment, welcomed by the emerging Android community, which is perfect for the developmen...

Learn Android Studio covers Android Studio and its rich tools ecosystem, including Git and Gradle: this book covers how Android Studio works seamlessly with Git, for source control, and Gradle, a build and test tool. In addition, this book demonstrates how to develop/collaborate with remote Git web-hosting services such as GitHub and Bitb...

Android development can be challenging, but through the effective use of Android Developer Tools (ADT), you can make the process easier and improve the quality of your code. This concise guide demonstrates how to build apps with ADT for a device family that features several screen sizes, different hardware capabilities, and a varying numb...

Build Android apps using the popular and efficient Android Studio 3 suite of tools, an integrated development environment (IDE) for Android developers using Java APIs. With this book, you'll learn the latest and most productive tools in the Android tools ecosystem, ensuring quick Android app development and minimal effort on your part. A...

Build Android apps using the popular and efficient Android Studio 3 suite of tools, an integrated development environment (IDE) with which Android developers can now use the Kotlin programming language. With this book, you'll learn the latest and most productive tools in the Android tools ecosystem, ensuring quick Android app development ...

As the dominant mobile platform today, the Android OS is a powerful and flexible platform for mobile device. The new Android 7 release (New York Cheesecake) boasts significant new features and enhancements for both smartphone and tablet applications. This step-by-step resource takes a hands-on approach to teaching you how to create Androi...