An Introduction to Network Programming with Java, 3rd Edition 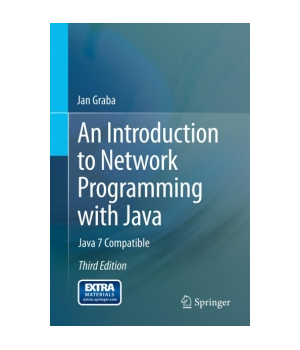 Since the second edition of this text, the use of the Internet and networks generally has continued to expand at a phenomenal rate. This has led to both an increase in demand for network software and to improvements in the technology used to run such networks, with the latter naturally leading to changes in the former. During this time, the Java libraries have been updated to keep up with the new developments in network technology, so that the Java programming language continues to be one of the mainstays of network software development.

Beginning R: An Introduction to Statistical Programming is a hands-on book showing how to use the R language, write and save R scripts, build and import data files, and write your own custom statistical functions. R is a powerful open-source implementation of the statistical language S, which was developed by AT&amp;T. R has eclipsed ...

Vast quantities of data are produced every second. In this context, neural networks become a powerful technique to extract useful knowledge from large amounts of raw, seemingly unrelated data. One of the most preferred languages for neural network programming is Java as it is easier to write code using it, and most of the most popular neu...

Learn Blockchain Programming with JavaScript begins by giving you a clear understanding of what a blockchain technology is. You'll then set up an environment to build your very own blockchain and learn to add various functionalities to it. By adding functionalities to your blockchain such as the ability to mine new blocks, create tra...

An Introduction to Object-Oriented Programming with Java, 5th Edition

An Introduction to Object-Oriented Programming with Java takes a full-immersion approach to object-oriented programming. Proper object-oriented design practices are emphasized throughout the book. Students learn how to use the standard classes first, then learn to design their own classes.Wu uses a gentler approach to teaching students ho...

Dive into key topics in network architecture implemented with the Google-backed open source Go programming language. Networking topics such as data serialization, application level protocols, character sets and encodings are discussed and demonstrated in Go. This book has been updated to the Go version 1.18 which includes modules, generic...

by Barry A. Burd

Are you new to programming and have decided that Java is your language of choice? Are you a wanna-be programmer looking to learn the hottest lingo around? Look no further! Beginning Programming with Java For Dummies, 5th Edition is the easy-to-follow guide you'll want to keep in your back pocket as you work your way toward Java maste...

Network-aware applications are becoming more prevalent and play an ever-increasing role in the world today. Connecting and using an Internet-based service is a frequent requirement for many applications. Java provides numerous classes that have evolved over the years to meet evolving network needs. These range from low-level socket and IP...