Developing Immersive Experiences and Applications for Desktop, Web, and Mobile 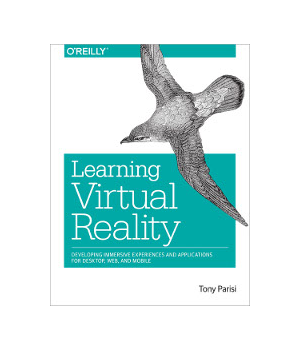 As virtual reality approaches mainstream consumer use, a vibrant development ecosystem has emerged in the past few years. This hands-on guide takes you through VR development essentials for desktop, mobile, and browser-based applications. You'll explore the three go-to platforms - OculusVR, Gear VR, and Cardboard VR - as well as several VR development environments, programming tools, and techniques.

If you're an experienced programmer familiar with mobile development, this book will help you gain a working knowledge of VR development through clear and simple examples. Once you create a complete application in the final chapter, you'll have a jumpstart on the next major entertainment medium.

What is consumer "virtual reality"? Wearing a head-mounted display you view stereoscopic 3D scenes. You can look around by moving your head, and walk around using hand controls or motion sensors. You are engaged in a fully immersive experience. On the other hand, Unity is a powerful game development engine that provides a rich s...

Virtual reality has quite a lot of demand in computer science today and OpenSceneGraph, being one of the best 3D graphics toolkits, is being used widely. Although you can use the powerful OpenSceneGraph, based on the low-level OpenGL API, to implement virtual-reality applications that simulate different environments in the 3D world, devel...

Although resources such as OS and printers are still shared, under the time-sharing model, in a virtualized environment individual virtual servers are isolated from each other, giving an illusion of multiple fully functional systems. Hyper-V server 2008 R2 provides software infrastructure and basic management tools that you can use to cre...

The benefits of using a full JavaScript stack for web development are undeniable, especially when robust and widely adopted technologies such as React, Node, and Express and are available. Combining the power of React with industry-tested, server-side technologies, such as Node, Express, and MongoDB, creates a diverse array of possibiliti...