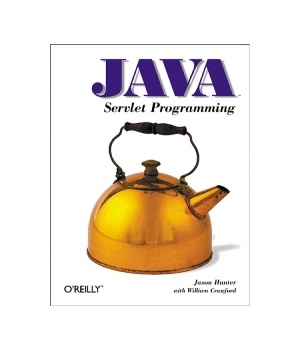 A few years ago, the hype surrounding applets put Java on the map as a programming language for the Web. Today, Java servlets stand poised to take Java to the next level as a Web development language. The main reason is that servlets offer a fast, powerful, portable replacement for CGI scripts.

The Java Servlet API, introduced as the first standard extension to Java, provides a generic mechanism to extend the functionality of any kind of server. Servlets are most commonly used, however, to extend Web servers, performing tasks traditionally handled by CGI programs. Web servers that can support servlets include: Apache, Netscape's FastTrack and Enterprise Servers, Microsoft's IIS, O'Reilly's WebSite, and JavaSoft's Java Web Server.

Pro Java 8 Programming covers the core Java development kit and the finer points of the core standard edition (SE) and development kit version 8. You'll discover the particulars of working with the Java language and APIs to develop applications in many different contexts.You will also delve into more advanced topics like lambda expression...

This brief book explains the advantages of the object model, inheritance, both classical and prototypical, and shows how these concepts can be implemented in JavaScript. It also shows how object programming (OP) opens a new world of design possibilities that go far beyond inheritance.This book will help the intermediate JavaScript program...

Java 3D Programming steps programmers through the important design and implementation phases of developing a successful Java 3D application. The book provides invaluable guidance on whether to use Java 3D, user interface design, geometry creation, scene manipulation and final optimizations. The book does not attempt to exhaustively cover ...

Expert Oracle and Java Security: Programming Secure Oracle Database Applications with Java provides resources that every Java and Oracle database application programmer needs to ensure that they have guarded the security of the data and identities entrusted to them. You'll learn to consider potential vulnerabilities, and to apply best pra...

Java is one of the most commonly used software languages by programmers and developers. In this book, you'll learn the new features of Java 11 quickly and experience a simple and powerful approach to software development. You'll see how to use the Java runtime tools, understand the Java environment, and create a simple namesorting Java ap...

How can you overcome JavaScript language oddities and unsafe features? With this book, you'll learn how to create code that's beautiful, safe, and simple to understand and test by using JavaScript's functional programming support. Author Michael Fogus shows you how to apply functional-style concepts with Underscore.js, a JavaScript librar...