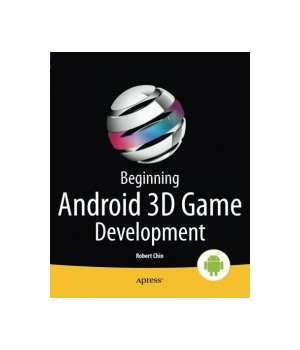 Beginning Android 3D Game Development is a unique, examples-driven book for today's Android and game app developers who want to learn how to build 3D game apps that run on the latest Android 5.0 (KitKat) platform using Java and OpenGL ES.

Android game app development continues to be one of the hottest areas where indies and existing game app developers seem to be most active. Android is the second best mobile apps eco and arguably even a hotter game apps eco than iOS. 3D makes your games come alive; so in this book you'll find that we go in depth on creating 3D games for the Android platform with OpenGL ES 2.0 using an original case study game called Drone Grid.

Beginning Android 4 Games Development offers everything you need to join the ranks of successful Android game developers. You'll start with game design fundamentals and programming basics, and then progress toward creating your own basic game engine and playable game that works on Android 4.0 and earlier devices. This will give you everyt...

With Beginning Android Web Apps Development, you'll learn how to apply HTML5, CSS3, JavaScript, Ajax and other Web standards for use on the Android mobile platform, by building a variety of fun and visually stimulating games and other web applications! If you've done some basic web development, and you want to build your skills to create ...

Practical Android 4 Games Development continues your journey to becoming a hands-on Android game apps developer. This title guides you through the process of designing and developing game apps that work on both smartphones and tablets, thanks to the new Android SDK 4.0 which merges the User Interface and Experience APIs and more.From 2D-b...

Microsoft Silverlight is a programmable web browser plug-in that enables the animation, vector graphics, and audio-video playback features that characterize Rich Internet Applications. Silverlight is a great (and growing) RIA platform and games are the next level to exploit in it. But it doesn't offer 3D capabilities out of the box and in...

Clear step-by-step instruction and practical examples to advance your understanding of Torque 3D and all of its sub-systems. Explore essential topics such as graphics, sound, networking and user input. Helpful tips and techniques to increase the potential of your Torque 3D games....

Game apps on iPhone and now iPad remain one of the most popular type of apps in the Apple iTunes App Store. Does Angry Birds ring a bell? What you were once able to do just for the iPhone (and iPod touch) is now possible for the popular iPad, using the new iOS 5 SDK.Beginning iOS 5 Games Development provides a clear path for you to crea...