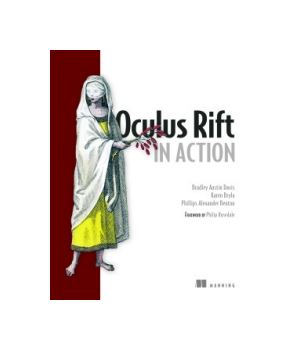 Virtual reality has long been the domain of researchers and developers with access to specialized hardware and proprietary tools. With the appearance of the Oculus Rift VR headset, the game has changed. Using standard programming tools and the intuitive Oculus SDKs, you can deliver powerful immersive games, simulations, and other virtual experiences that finally nail the feeling of being in the middle of the action.

Oculus Rift in Action teaches you how to create 3D games and other virtual reality experiences for the Oculus Rift. You'll explore the Rift hardware through examples of real applications using the Oculus SDK and both the Oculus C API and the Unity 3D graphics engine. Along the way, you'll get practical guidance on how to use the Rift's sensors to produce fluid VR experiences.

Rails is a full-stack, open source web framework powered by Ruby. Now in version 4, Rails is mature and powerful, and to use it effectively you need more than a few Google searches. You'll find no substitute for the guru's-eye-view of design, testing, deployment, and other real-world concerns that this book provides.Rails 4 in Action is a...

OSGi is a Java-based framework for creating applications as a set of interconnected modules. OSGi lets you install, start, stop, update, or uninstall modules at execution time without taking down your entire system. It's the backbone of the Eclipse plugin system, as well as many Java EE containers, such as GlassFish, Geronimo, and WebSphe...

Restlet in Action introduces the Restlet Framework and RESTful web APIs. You'll see how to easily create and deploy your own web API while learning to consume other web APIs effectively. You'll learn about designing, securing, versioning, documentation, optimizing, and more on both the server and client side, as well as about cloud comput...

iPhone and iPad in Action

This hands-on tutorial will help you master iPhone/iPad development using the native iPhone SDK. It guides you from setting up dev tools like Xcode and Interface Builder, through coding your first app, all the way to selling in the App Store.Using many examples, the book covers core features like accelerometers, GPS, the Address Book, and...

iOS 4 in Action, written for Xcode 4, is a detailed, hands-on guide that goes from setting up your development environment, through your first coding steps, all the way to creating a polished, commercial iOS 4 application. You'll run through examples from a variety of areas including a chat client, a video game, an interactive map, and ba...